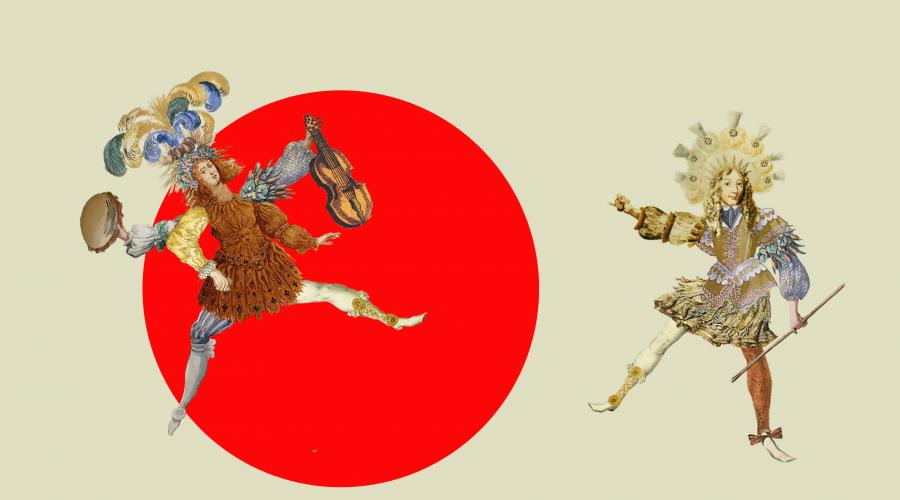 Anno 1715, Versailles. In the private chambers of the Sun King, a peculiar ritual takes place: about a hundred guests witness the creation of a new work for viola da gamba and continuo from the hand of court composer Marin Marais. The King listens demurely at first, but then, to the loyal audience's surprise, gradually starts moving. The court has no other choise but to follow and scrupulously imitate their King. A weird choreography comes about: something between yoga exercises, a baroque court dance and an eminent aerobics class.

Le Grand Ballet is a wordless music production in which the audience is invited to dance. Sometimes they move on the sound of the music, but at other times, the choreography leads its own life and the musicians just have to follow.

A production by Zonzo Compagnie in coproduction with Ictus Ensemble and Concertgebouw Brugge. With the support of Flanders, the Creative Europe Programme of the European Union and the cultural city festival Antwerp Baroque 2018. Rubens inspires.